Right after that the first lounge Inside the breakfast room 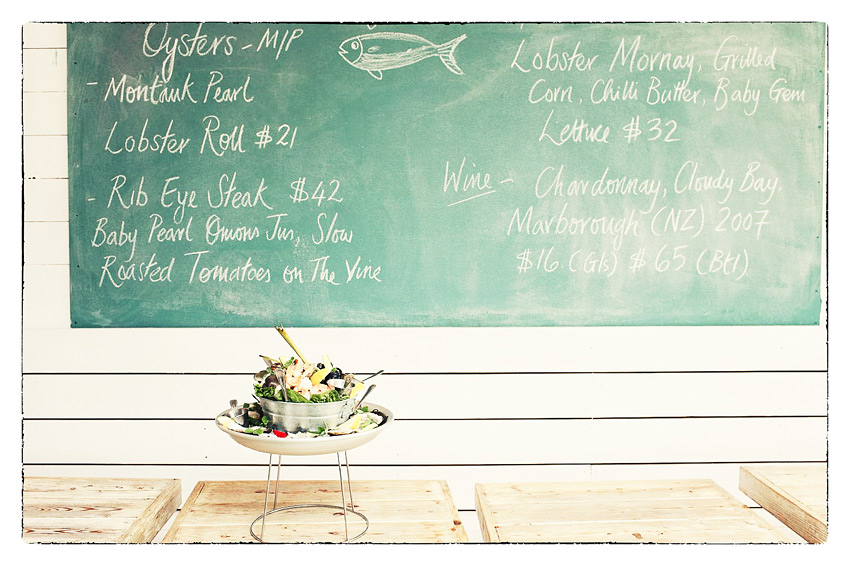 The menu in the Byron restaurant They like to do a bit of “chic” in the Byron 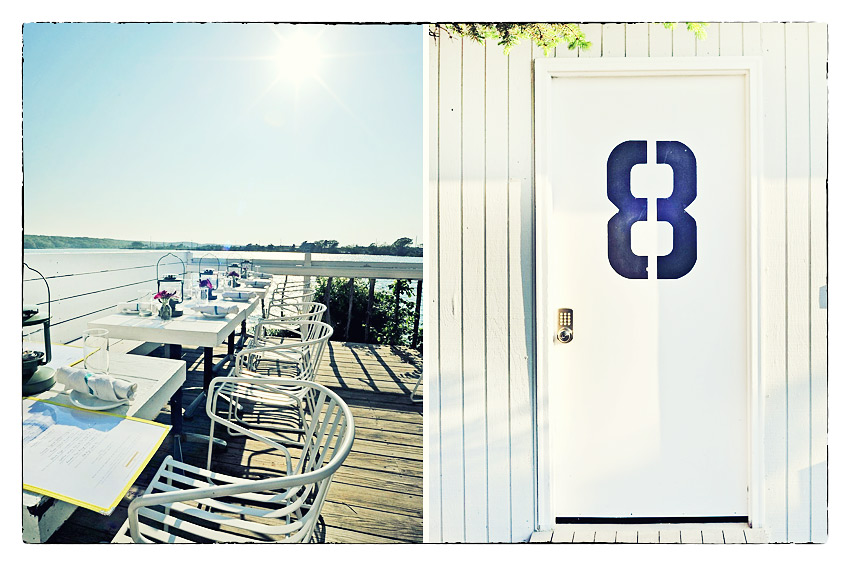 Very lovely: The terrace and cabana in the bay 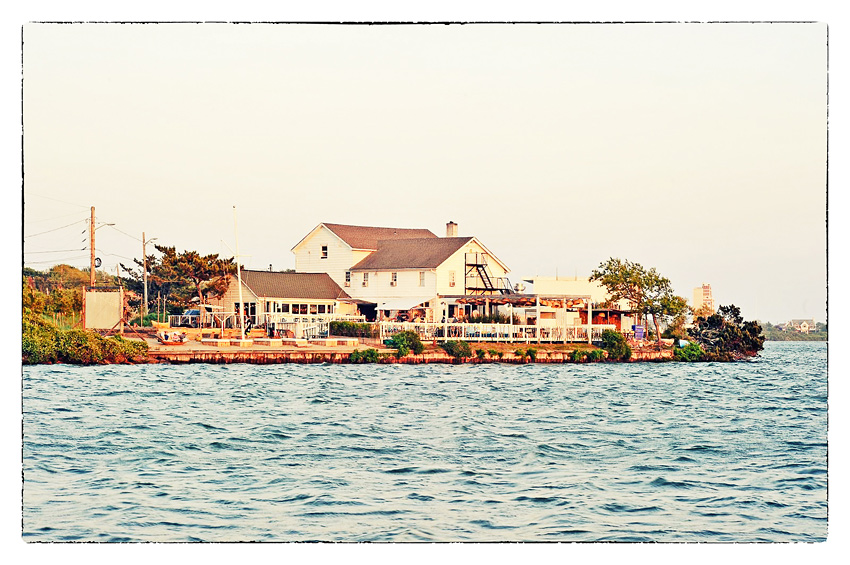 The Lodge viewed from the opposite side of the bay 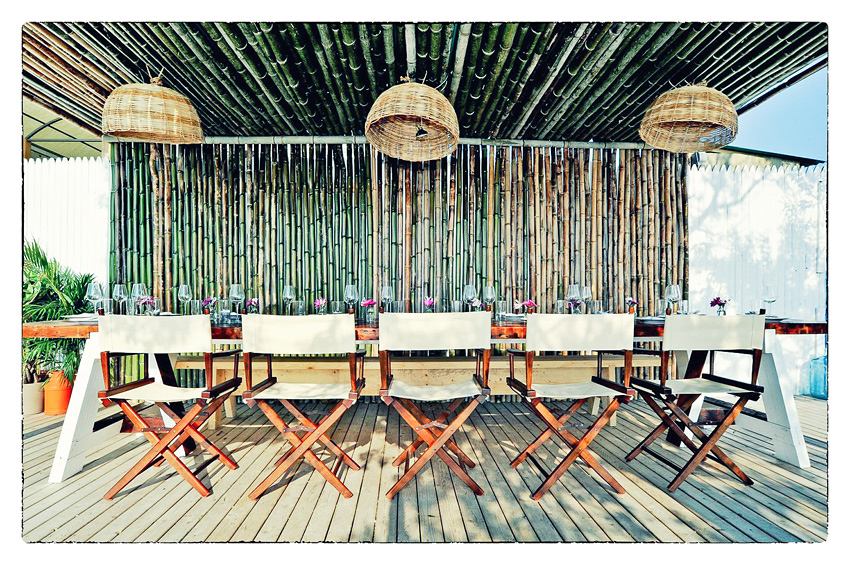 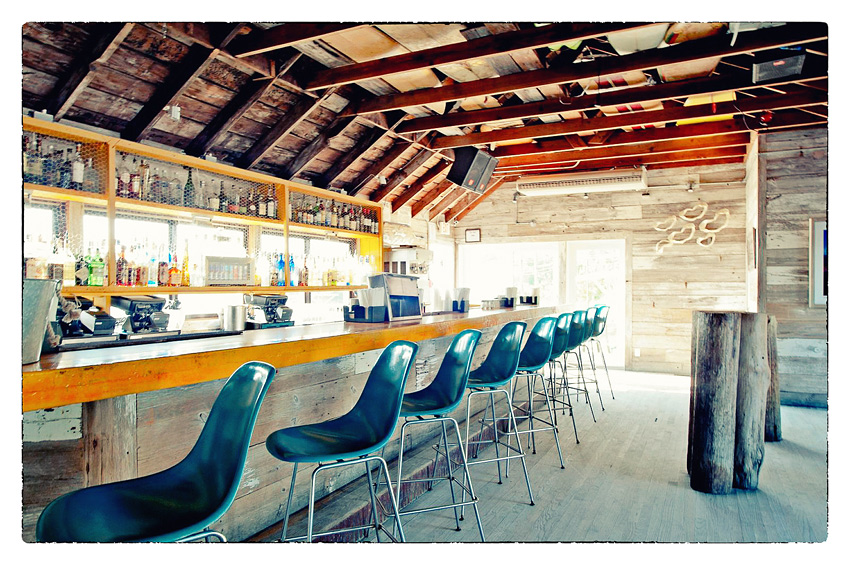 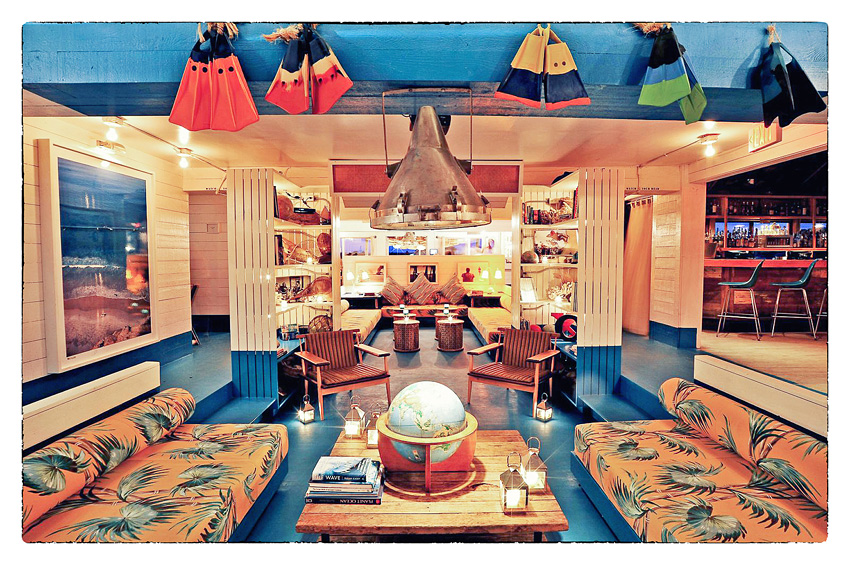 Very prettily done: the reception area with all kinds of surfing gear 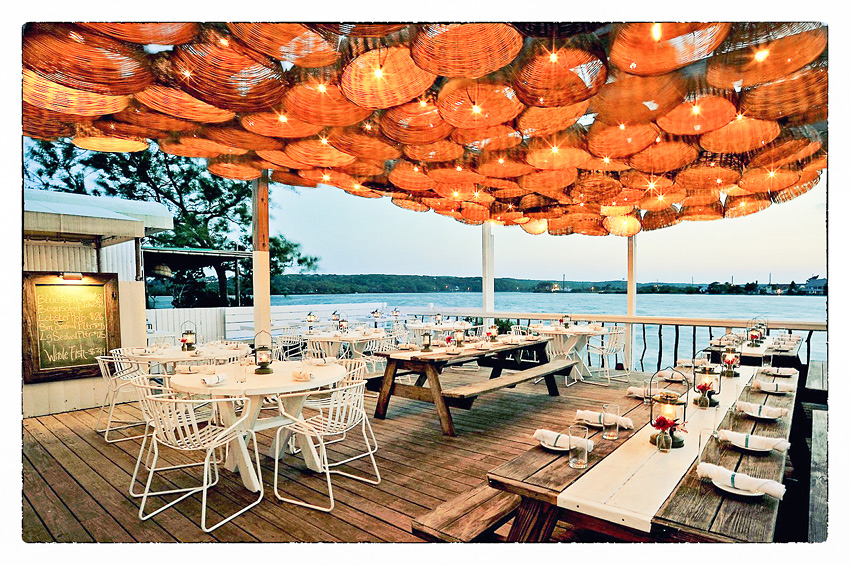 The Surf Lodge is located at the end of Long Island, in Montauk near New York. Colourful chairs, its own beach, a wooden bar and lots of parties in summer…so the question must be asked: should one go there? And if the answer is yes, when?

First the question: Should one go there?

Yes. Montauk is probably the last and most exclusive place on the little strip of land, Long Island, the peninsula, that stretches to north east of New York City. Many famous people live in Montauk, for example the photographer Bruce Weber, who will be familiar to Vogue readers, or the ones that look at the Moncler campaigns.

Who is the Surf Lodge intended for?

The Surf Lodge is the opposite of a dusty “Hamptons” domicile. You can already see this at the entrance. The first thing you see is a couple of colourful bicycles that can be borrowed at no charge, and the rooms are anything but chic. So it’s really only something for the young ones, and by young ones we mean anybody from 28 – 55 years old. Couples and singles. However, the name Surf Lodge is a bit misleading: you can meet Kelly Slater and Robby Naish somewhere else.

What does a week cost?

Our tip: Book one week in New York City and stay for four days in town or in Brooklyn (e.g. in the Wythe Hotel) and submerge for a few days in the Hamptons. Four days in the Surf Lodge will cost you, per per person, from 480 euros for example, in a double room including breakfast.

How far is it from Montauk to Manhattan?

You can reach Montauk easily by train, bus or car, however it will take between one and a half and two hours.

Things that you should probably know…

Montauk is not St. Tropez or St. Barth. It is more like the german island Sylt or Amelia Island, with its raw countryside and the sand on the beach is also not white like on the Seychelles. When the parties take place and the DJs arrive on Fridays and Saturdays, you should either join the party, or stay somewhere else.