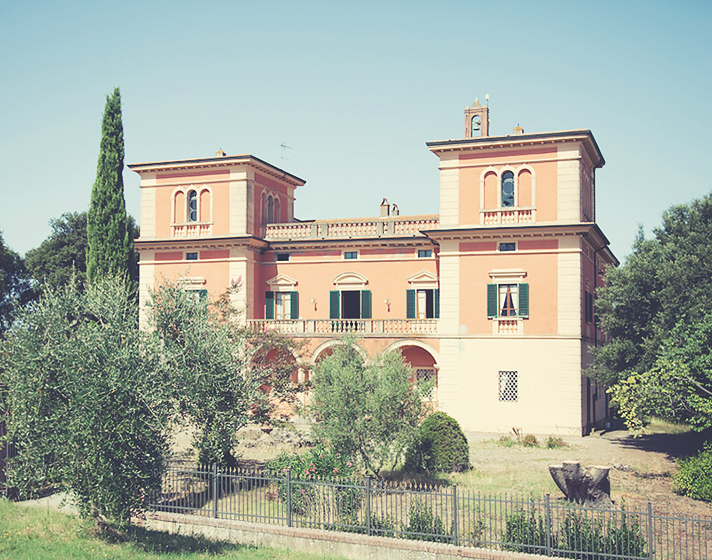 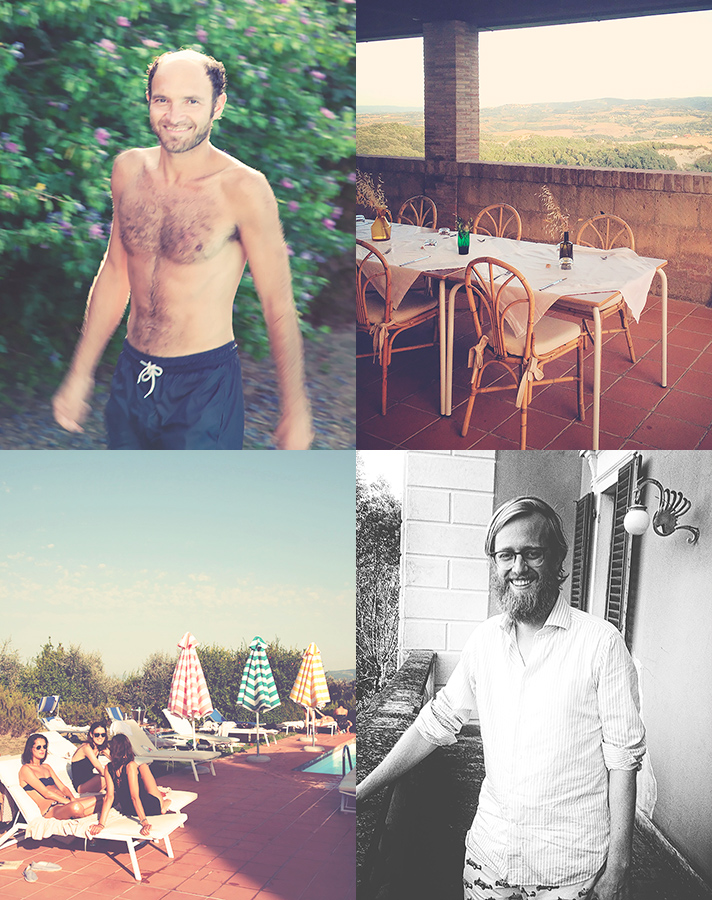 The bosses Lionel and Jerome (and the typical guests…)

Tuscany just as it appears in a novel: Lena and her friends have created an interesting split somewhere between Bohemia and holidays in nowhere. So, what is it like to spend some time at this place?

Villa Lena is not only a large, but also an ambitious project of three boys and one signora who are all around the age of 30. There’s Lionel, for example, a real night club impresario from Paris. For clubbing insiders: Lionel operates La Baron in Paris as well as in New York, and if we’re honest, it belongs to one of the really “in” clubs. And then there’s Alain and Jerome, the guy with the hipster beard and of course Jerome’s wife Lena – who is not unimportant for this project, because she not only gave her name to it, but the complete property belongs to her family! The quartet agreed with each other unanimously: to conserve the charm of these old walls belonging to this picturesque villa and to create a refuge for art lovers, but also to entice artists themselves, who can then paint or sculpture there or leave a lasting impression in any other way. Talking about artists: next door, well behind the 500 hectare of olive groves, which separate the properties from each other, well, there’s an artist living there too: Sting.

Life in villa Lena is, just how the art loving generation of 30 year olds imagine their holiday to be in the picturesque hills of Tuscany: Days and nights are shared at the pool with an electric mix of dandified Parisian party people, eccentric painters and artists, DJs of course and even families with children – although there is a second pool available to them. On balmy evenings, depending if enough people are in the mood, there’s a DJs pult, a barkeeper by the name of Asu mixes the cocktails, in addition to this is a little restaurant, built into the walls, and serving a delicious breakfast buffet and in the evening there is – believe it or not – not quite so delicious pizzas (well not so delicious as you would expect in Italy).

And, depending on which end of the property you booked your accommodation (we were allowed to stay at the Villa Fattoria) you get a room the size of an apartment including your own kitchen, an Italian coffee percolator and a toaster. You definitely do not need the last item during August nights, because the rooms are not air-conditioned and can get rather warm. It is therefore better and of course quieter to travel there in autumn – the golden season of Tuscany.

However, what is conspicuous is how inconspicuously the design of the rooms and facilities was achieved: which reminds you of bars, which are appealing by themselves or through their patrons. Villa Lena is an unspectacular home from home, miles away from the typical stylish designer hotel. But, on the other hand you can tell that the operators come from the the world of gastronomy – the busy brigade of good souls do their best to read your mind and anticipate, nearly all of your wishes.

In this respect there was only one thing that was slightly troublesome: the journey. Every GPS leads you to Palaia, which lies at a distance of 60 kilometres from Florence and 40 kilometres from Pisa. After that? You have to really watch out, to make sure you take the correct exit, because only one of these lead you to the simple, but somehow extravagant Tuscan paradise.

Dreamers, who want to relax in the middle of nowhere. The next town – no joke – is 15 minutes by car.

It begins with a one-room apartment in Villa Renacchi for 120 euros per night – including breakfast, but excluding VAT. It ends with Villa Stento at 2,500 euros…but to be fair, that is for a whole week.

Either drive with the car to Palaia, then call up and ask for exact directions. Or fly to Florence or Pisa airport and get the shuttle to the hotel. This works too…