Breathtaking time and time again: The view to the skyline of Pudong. Especially at the terrace of the Waterhouse hotel The hotel doesn’t exactly belong to the town’s skyscrapers.

The painters didn’t really have much to do in the lobby. 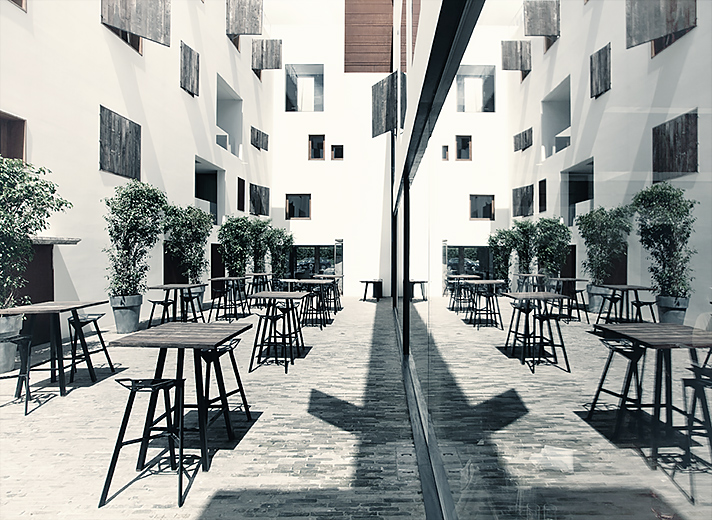 The inner courtyard: stylish, but not exactly luxurious. Some of the rooms, but not all of them do have this fantastic view. The bathtub is located within a glass cube in the Courtyard Suite. 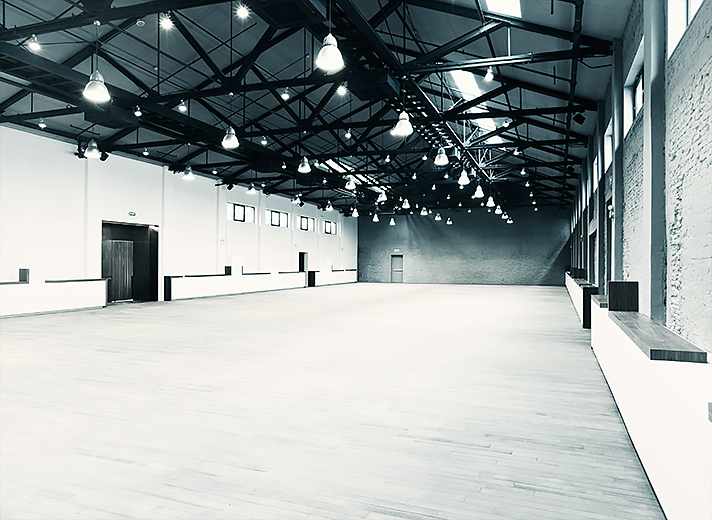 The party and event room. 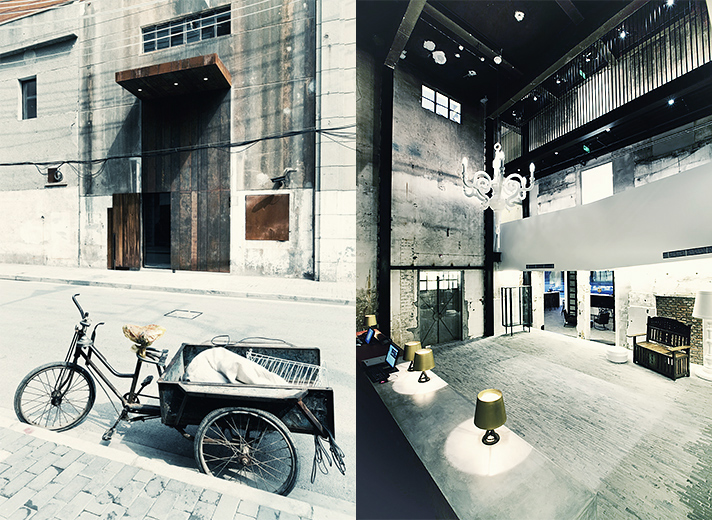 The entrance from the outside and the lobby.

At the rusty chic Waterhouse at the Bund, the great city of Shanghai smells like it did in the good old days and the view to the lunatic skyline of Pudong is just like in a fantasy film.

Shanghai belongs to one of the most spectacular cities in the world. This is largely due to the skyscrapers, which over the last 20 years have turned the district of Pudong into a second New York. However Shanghais real heart beats at the Bund, the old, traditional district on the other side of the Huangpu river. Here stands the relatively unglamorous Waterhouse at the Bund, a hotel that is particularly popular with creative world travelers.

It’s not one of those new luxurious super hotels, but pretty much the exact opposite. The Waterhouse’s charm lies more with its authenticity and bold location, this slightly rundown district, which 200 years ago was a terminal, trading zone and dockland. When you walk into the reception area, you rather find yourself in a factory building. Despite this, the rooms are very comfortable and some of the suites have this legendary skyline view. The interior is also put together really well and very international: There are chairs by Arne Jacobsen from Denmark, furniture by Antonio Citterio from Milan and devotional pieces by Kana Ishikawa from Japan.

Business travelers, who have already been to Shanghai and who want to see the city from a new perspective – and sit on the roof terrace in the evening drinking their Tiger beer and admiring the view over Pudong.

There is a 42 metre gymnasium, in which conferences, yoga lessons and parties can be held.

The Waterhouse at the Bund
Maojiayan Road No 1-3,
Huangpu District,
Shanghai 200010, China