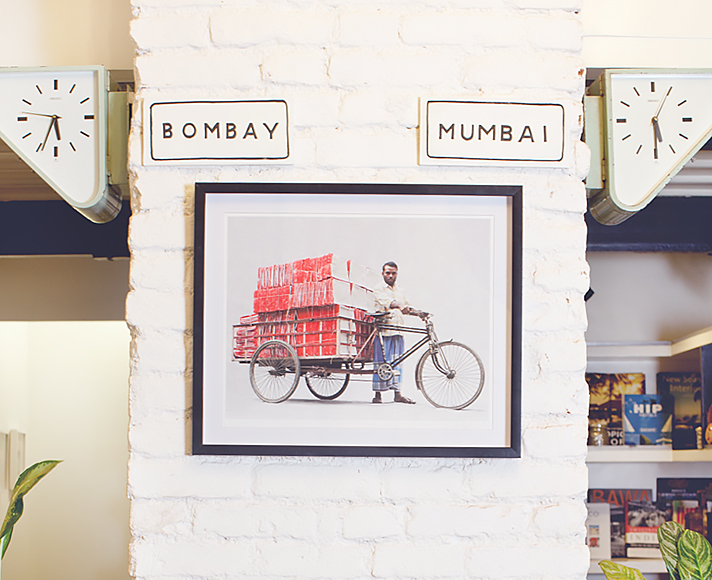 Lovely: the dining room of the 2013 opened Abode Hotel 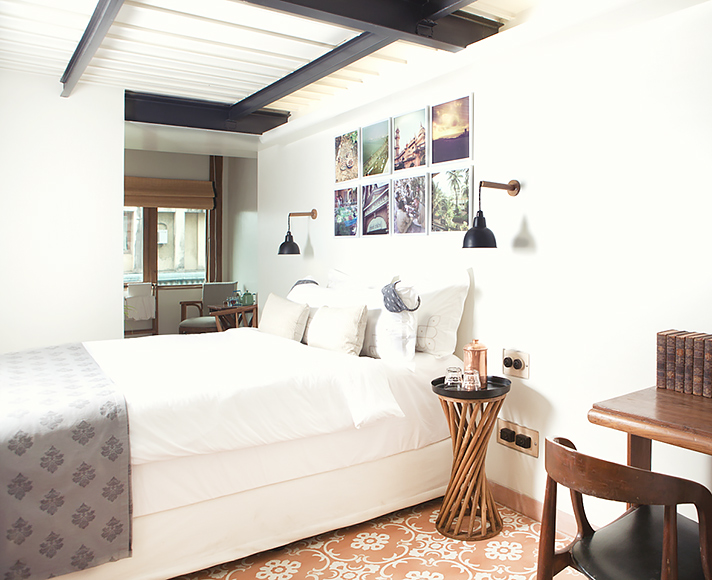 One of the large rooms 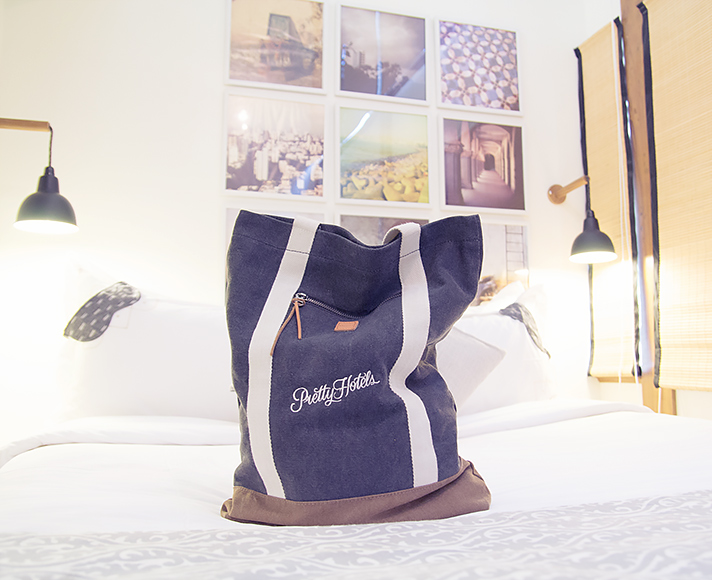 Even our bag felt comfortable in the room. 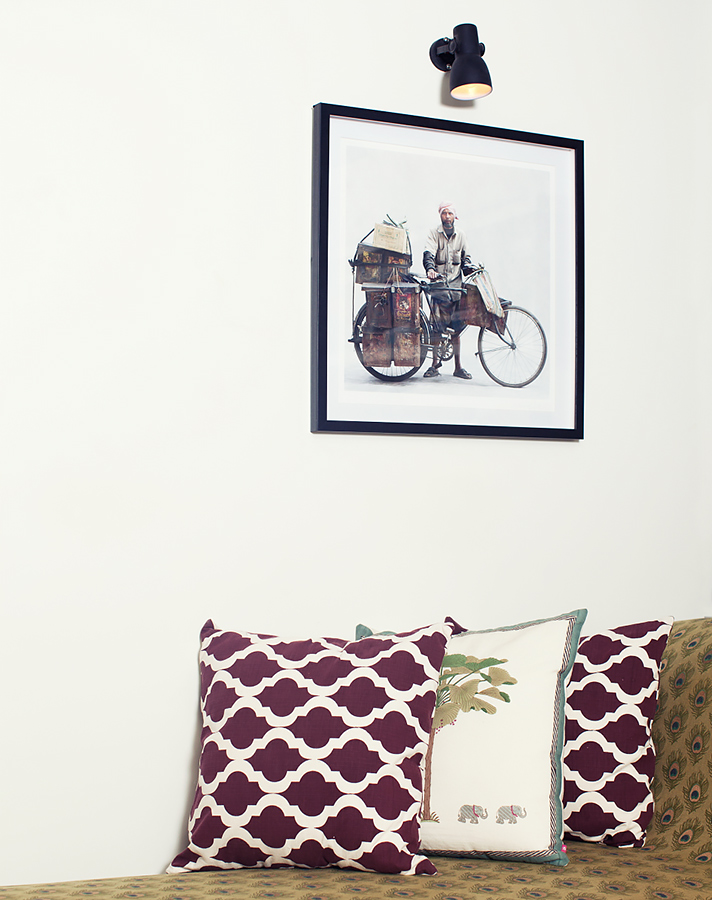 Mumbai’s history is present all over the hotel 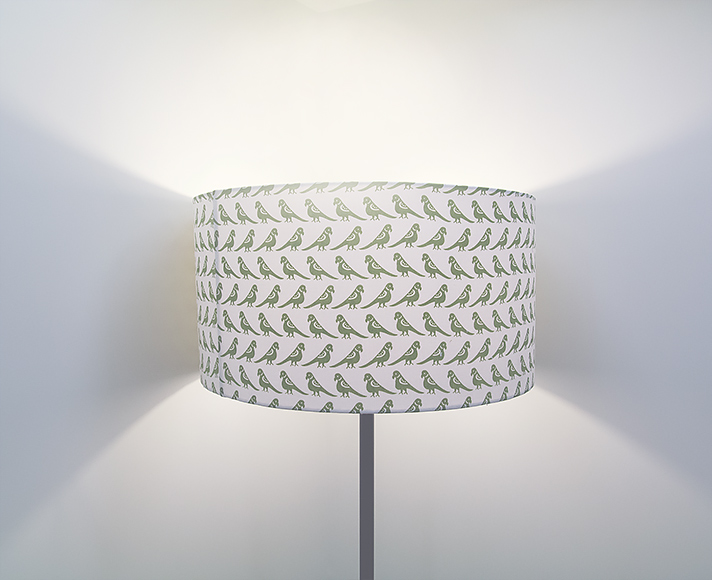 With lots of small design details 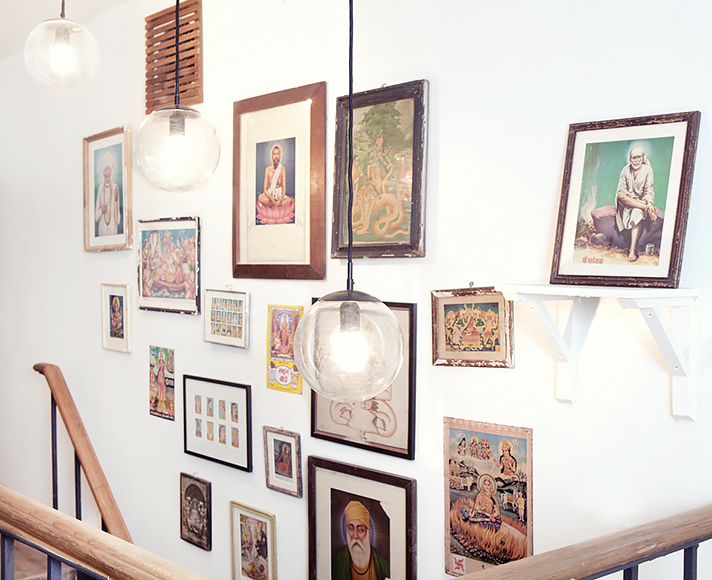 and pictures from flea markets 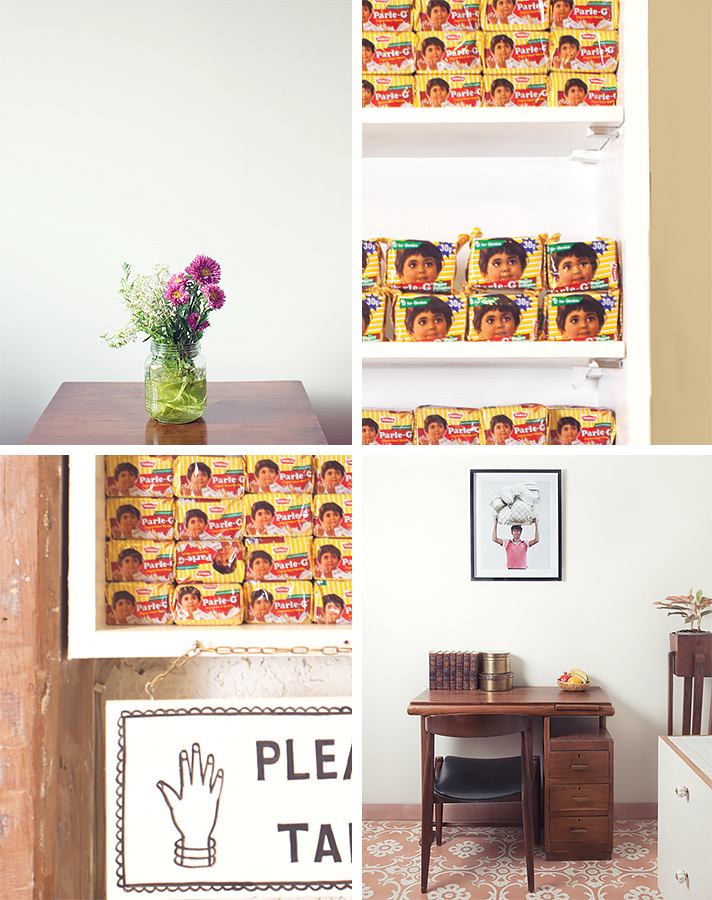 or products from bygone years… 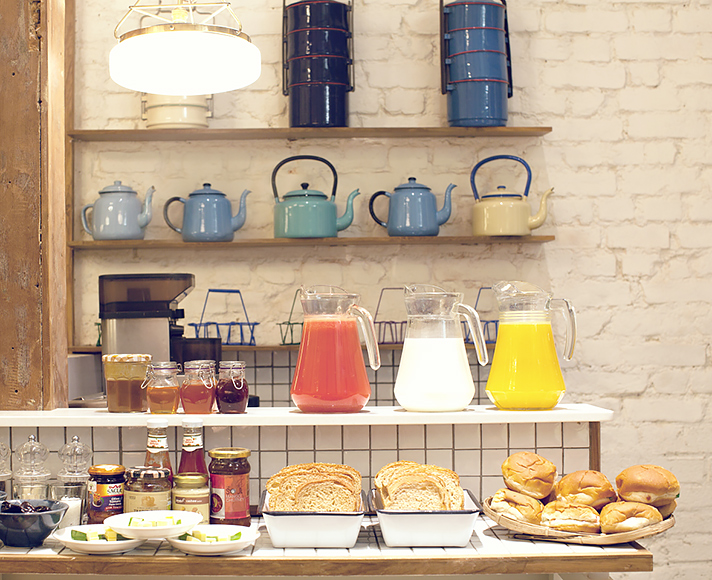 If you want to bide awhile in Mumbai, you should stay at the new Abode Bombay boutique hotel. The building is a perfect, small, authentic oasis amidst the intense hubbub of this Indian city.

Mumbai used to be known as Bombay and many people have no idea why the city was renamed in the year 1996. (apparently it was because of the name, “Bom Bay“ – which is Portuguese and  means “beautiful bay” and originated during the Portuguese colonial rule, from which the Indian people wanted to completely free themselves).

Yet, what else do we know about Mumbai? It has a legendary population of 12 or 18, or could it even be 30 million residents, slums, loads of smog, a little bit of Bollywood, everyone knows the Taj Mahal hotel, Mahatma Ghandi lived in the city for a long time and the novel Shantaram was set here.

The story of the new Abode Bombay began at the airport. A lady in a jeep picked us up there. We have nothing against ladies in jeeps, but we did find it a little strange. She told us that this was part of a „female driver`s service“ initiative, which had been initiated by the Abode hotel along with others. On the one hand female tourists and travellers feel more comfortable being driven by a woman, and on the other hand this enables the female drivers to buy their own cars and to build up a business on a self-employed basis. A great idea of which we thoroughly approve.

Before we talk about the hotel, just let’s say this: India’s traffic is a one off experience. A few regulations do exist, but nobody actually keeps to them. It’s just like a confused, continuously moving perpetuum mobile made up of tuk-tuks, luxury-limousines, bicycles, mopeds, trucks and busses. If you rent a car here and drive yourself, then you are either an Indian or completely bonkers.

After about a one hour drive we arrive at the hotel, in an important district of Colaba. Okay, from the outside it’s not exactly a palace, and definitely not the Taj Mahal. It’s basically one floor of a property built in 1910, which used to belong to Mr Sassoon, a successful businessman. Interior: lovely reception area, sensational dining room, lots of little trinkets, good, creative ideas, a mixture of Art Deco and relics from India’s colonial era and a very pleasant atmosphere. Because we arrived at the hotel a little too early, we are invited to check out the breakfast buffet. There is jam, Nutella (!!), toast, croissants, fruit, porridge and “Eggs any Style“. After that we went to our rooms, which are also very pretty and perfectly equipped with A/C, fridge, lovely bathrooms, some with and some without stand alone bathtubs and wide beds. The Abode was Lizzie Chapman’s idea, an English woman who emigrated to Mumbai, and Abedin Sham, who operates a chain of sandwich shops.

The location of the hotel is very pretty too. Just 400 metres from the building is the Gateway of India, one of the biggest tourist attractions in Mumbai. The excursion boats also leave from here and take you to places such as Elephant Island, which is a trip that you can also do without. A direct neighbour of the Gateway of India is the majestic Taj Mahal hotel that actually looks the same as it does on the postcards, and also where you can have a refreshing drink in the bar. Apropos alcohol in India: Most of the hotels and restaurants in India don’t posses a license to serve alcohol. Sales of beer and and undefinable booze, which the Indians call whiskey, and which tastes of rum, turpentine and   cotton thread, is all controlled and regulated by the government’s licensing department. So if you fancy a beer, buy it outside of the hotel, cool it in your room’s fridge and enjoy it there.

Cool India travelers, for whom backpacking has become too exhausting and who would like to live and sleep in a pleasing atmosphere.

The Abode distributes cards at check in, which has all the places in the neighborhood marked, one of which is Café Leopold where part of the novel ”Shantaram“ is set.

No, but there is a gym next door and apart from that yoga mats can be obtained at reception.

from around 80 euros for a double room.