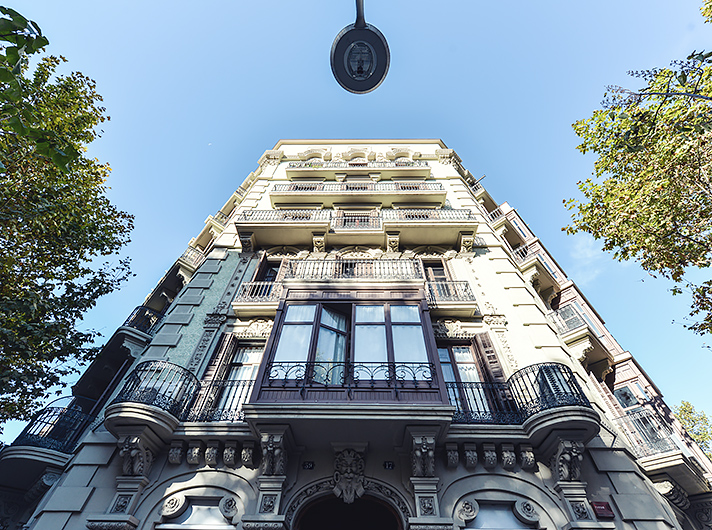 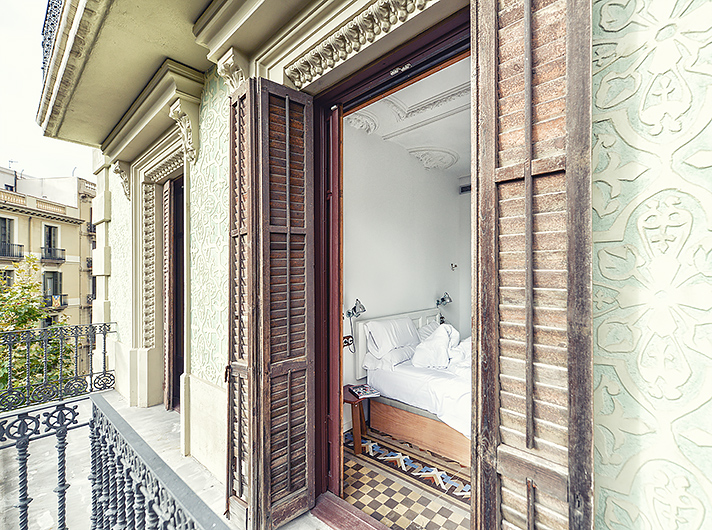 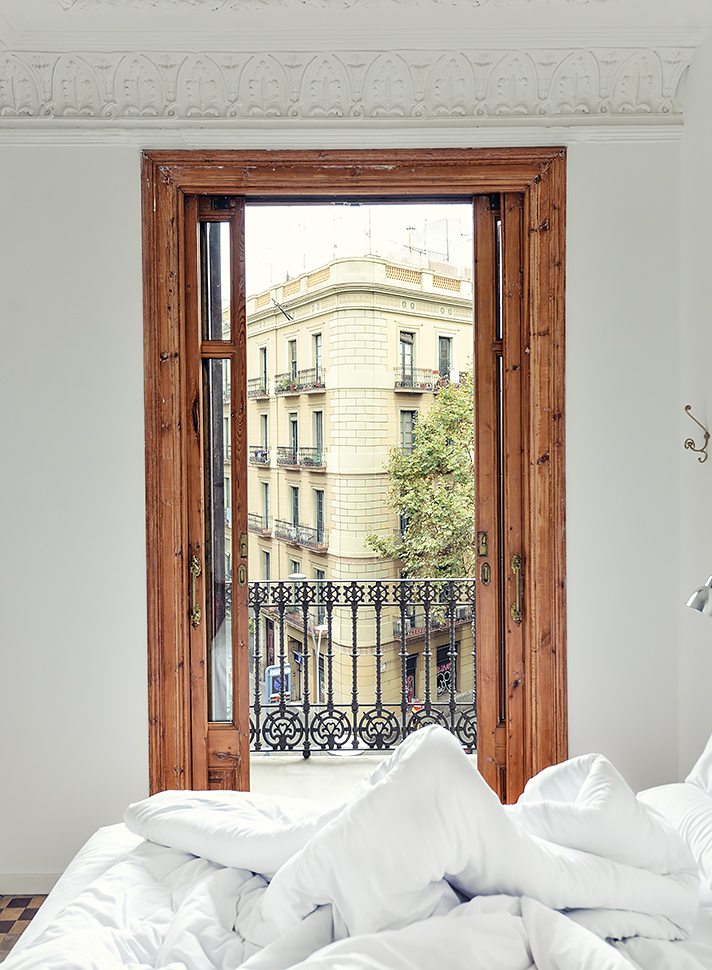 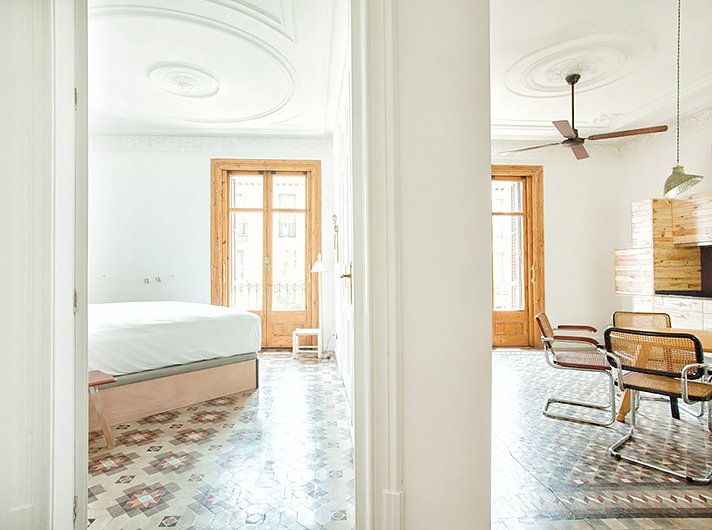 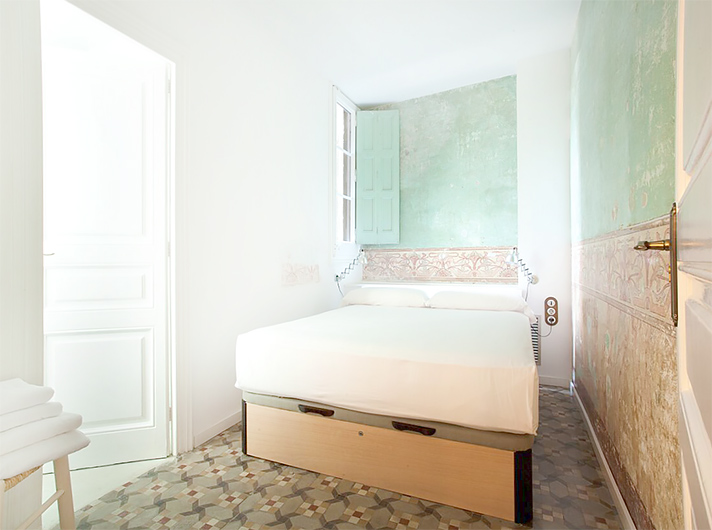 Mari and Petz had an idea: why not make three pretty apartments out of an enormous old fashioned flat and to rent them out to like-minded people. The nice thing: in 2014 they realized their idea and created Yök Casa + Cultura. We were allowed to test it.

In the first place: Yök Casa + Cultura is not a hotel in the conventional sense. You already notice this at an early stage. You text your arrival time on whatsapp and arrive in front of a locked wooden door. If the lift isn’t working (it has the appearance of a 13th century lift), you then carry your own luggage to the third floor and think: Phew, this is just like at home.

But that’s the way it’s meant to be.

Yök Casa + Cultura is a kind of second home in Barcelona.

The apartment building itself is wonderful. An old fashioned building erected in the year of 1900, with lovely balconies, three meters fifty high ceilings and an enchanting facade. All three apartments are on the third floor. The bosses and innovators of this whole project – Mari and Petz – reside in their office on the eighth floor. This is also where breakfast is served, directly on the terrace with a view to Sagrada Famiglia and also the ocean (and the W Hotel, which can be used as an orientation aid to get around Barcelona).

Interior: Not quite as much room as shown on the pictures, but enough to make yourself feel at home. The kitchen has everything you need and because Mari and Petz are eco lovers in the positive sense, they provide a selection of (local) products and beverages in a cupboard that they recommend (at an extra charge) to their guests. All kind of things such as artichokes and asparagus or cheese.

From 9 a.m. a communal breakfast takes place on the roof terrace, which includes the morning sun and this breathtaking view.

Families or couples, who have recognized the benefits of apartments (you don’t have to constantly go out for meals and have lots more room). Besides that, Mari und Petz are committed to looking after their guests, connecting them to locals, or at least recommend the best places to visit, which is nice, because these recommendations fit into the Pretty Hotels community.

All the apartments are on the third floor and face the street, therefore not necessarily an oasis of peace. And for those who like cupboards and wardrobes there might be some disappointment at first. There are none, neither in the bathrooms, nor the rooms themselves.