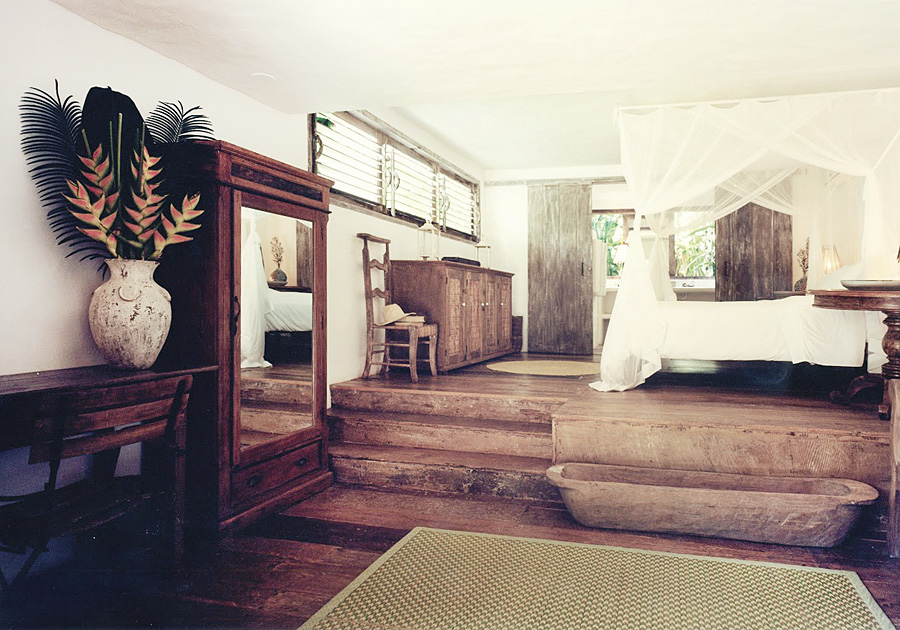 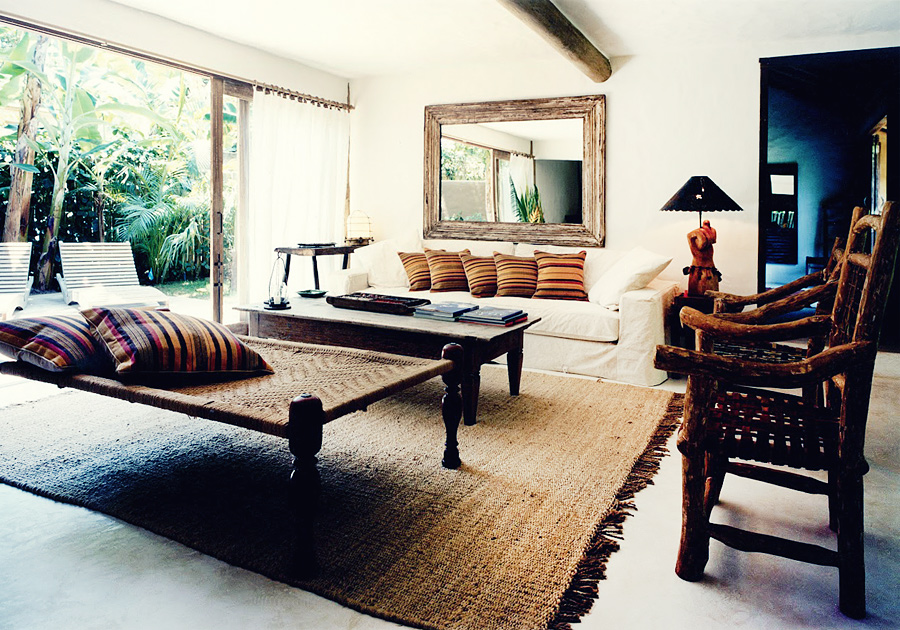 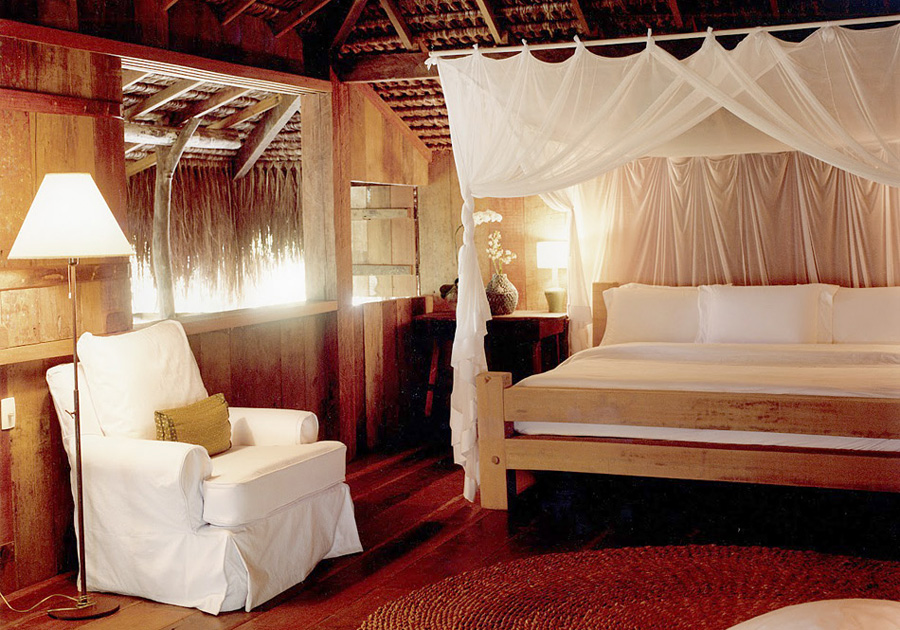 The Uxua Casa resort on the beach of Brazil is an invention of the former head designer for Diesel jeans. So it’s no surprise that each of the houses came into the world in what appears to be the typical Used Look.

For as long as 20 years, Wilbert Das was working for Renzo Rosso, in whose Diesel company he was a creative director. The Dutchman had to design a new collection every year, new colours, new patterns, holes, fabrics, logos, knitting patterns. Then he started to yearn for something more constant, something that could be slowly developed and not governed by the constantly changing trends. A friend sent him on holiday to Trancoso / Brazil and he found a place that he liked there, which he used privately at first, later with friends – and then with the continuously growing number of friends of friends – it is now operating it as a hotel. Naturally enough it’s not a normal hotel, but more of a slowly evolved village of huts, in which holiday makers reserve their accommodation in one of his ten magical houses, all with their own veranda, ideal for breakfast, dining or even just to bide awhile. Everyone meets on the beach in the afternoon, or at the beach bar, or the house’s own deck chairs. And later in the town of Trancoso, which is very similar to Mexico’s Tulum. Many small shops, restaurants and also other lovely hotels like, for example, the Etnia Clube del Mar.

Even though it may appear so, the villas at Uxua Casa are not directly on the beach, but in a wooded area. It’s about 15 minutes on foot to the beach.

In the low season you can get your own casa from about 380 euros per night, High season is obviously more expensive.