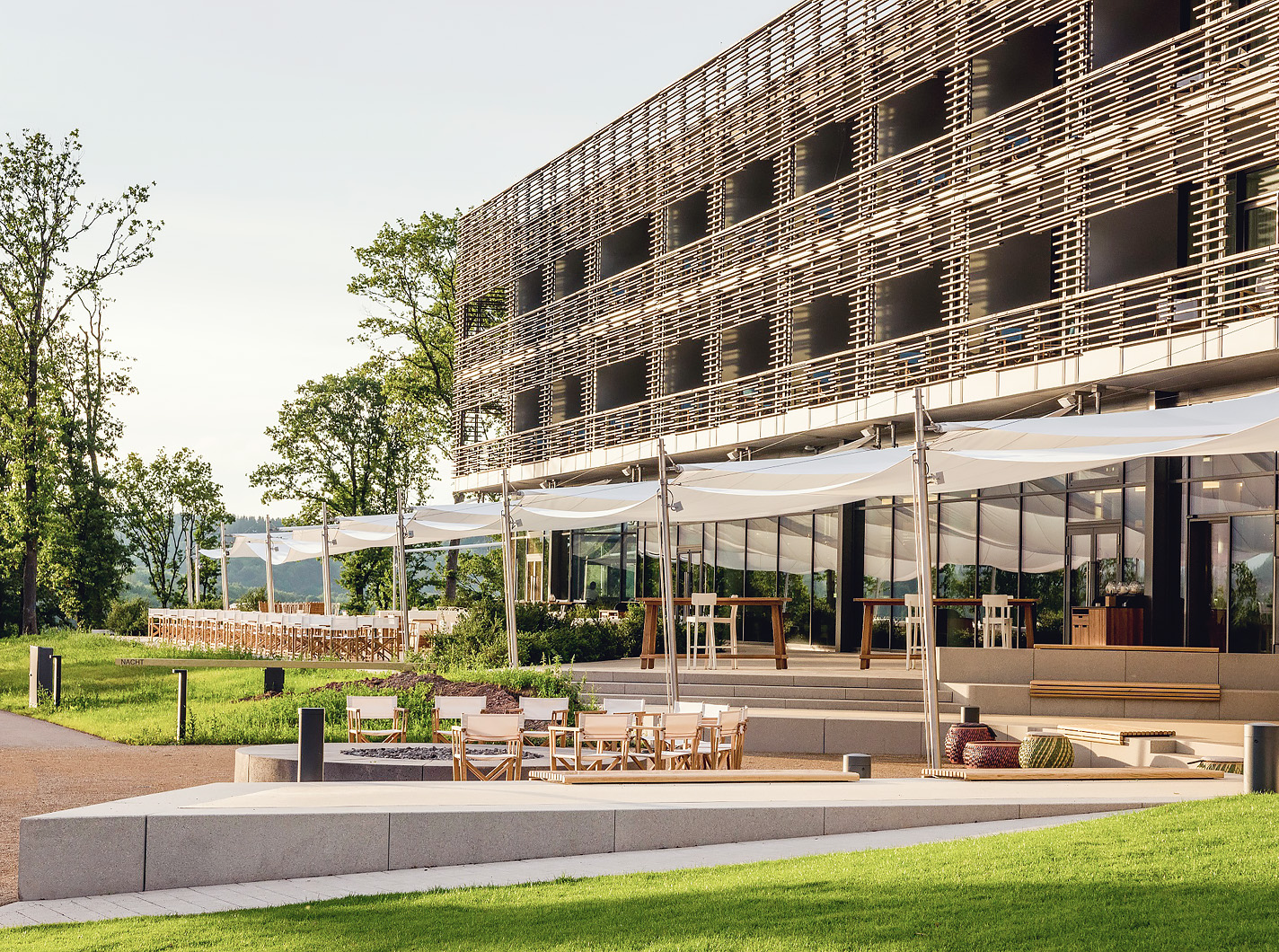 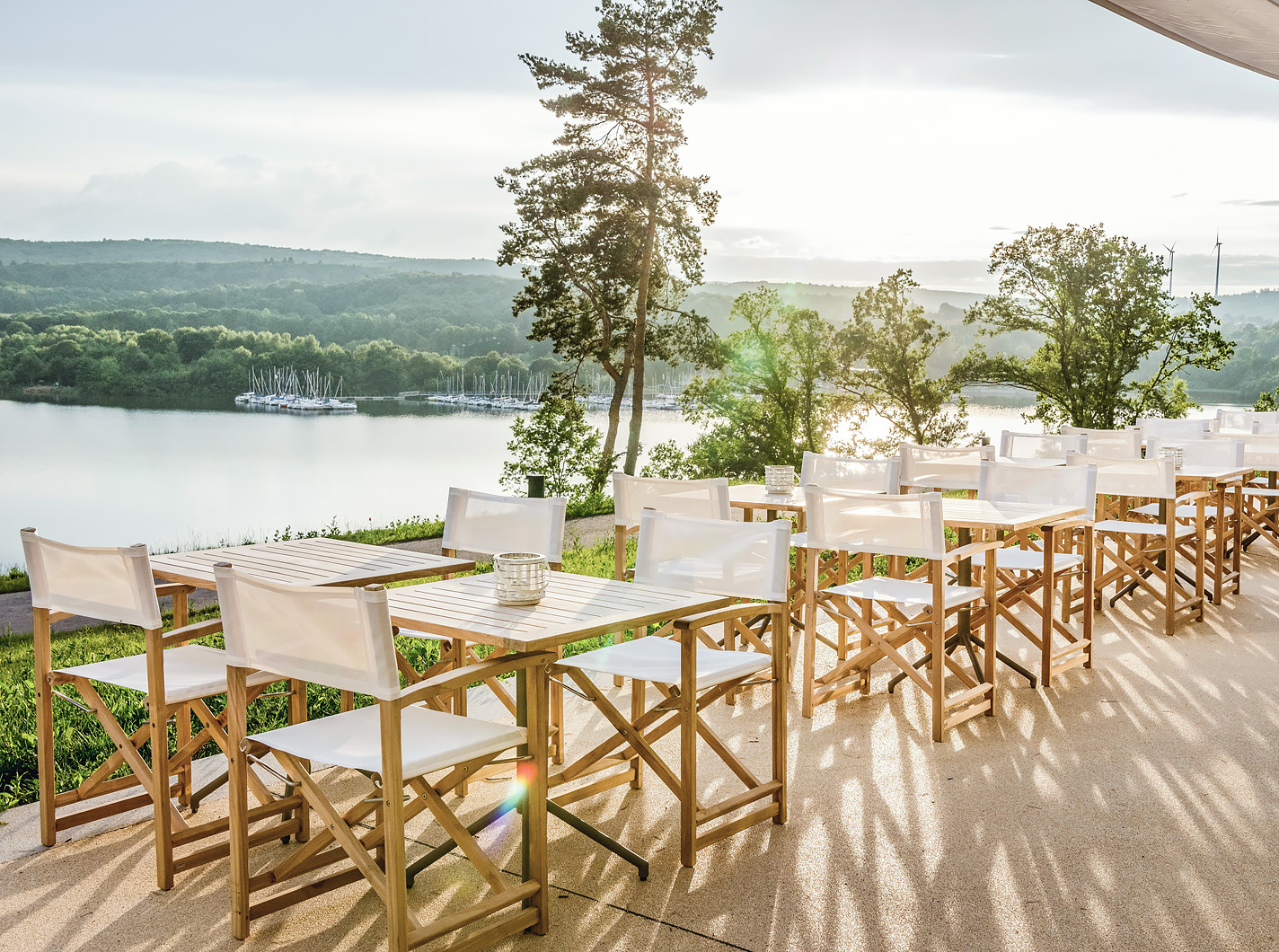 The beautiful terrace facing the lake 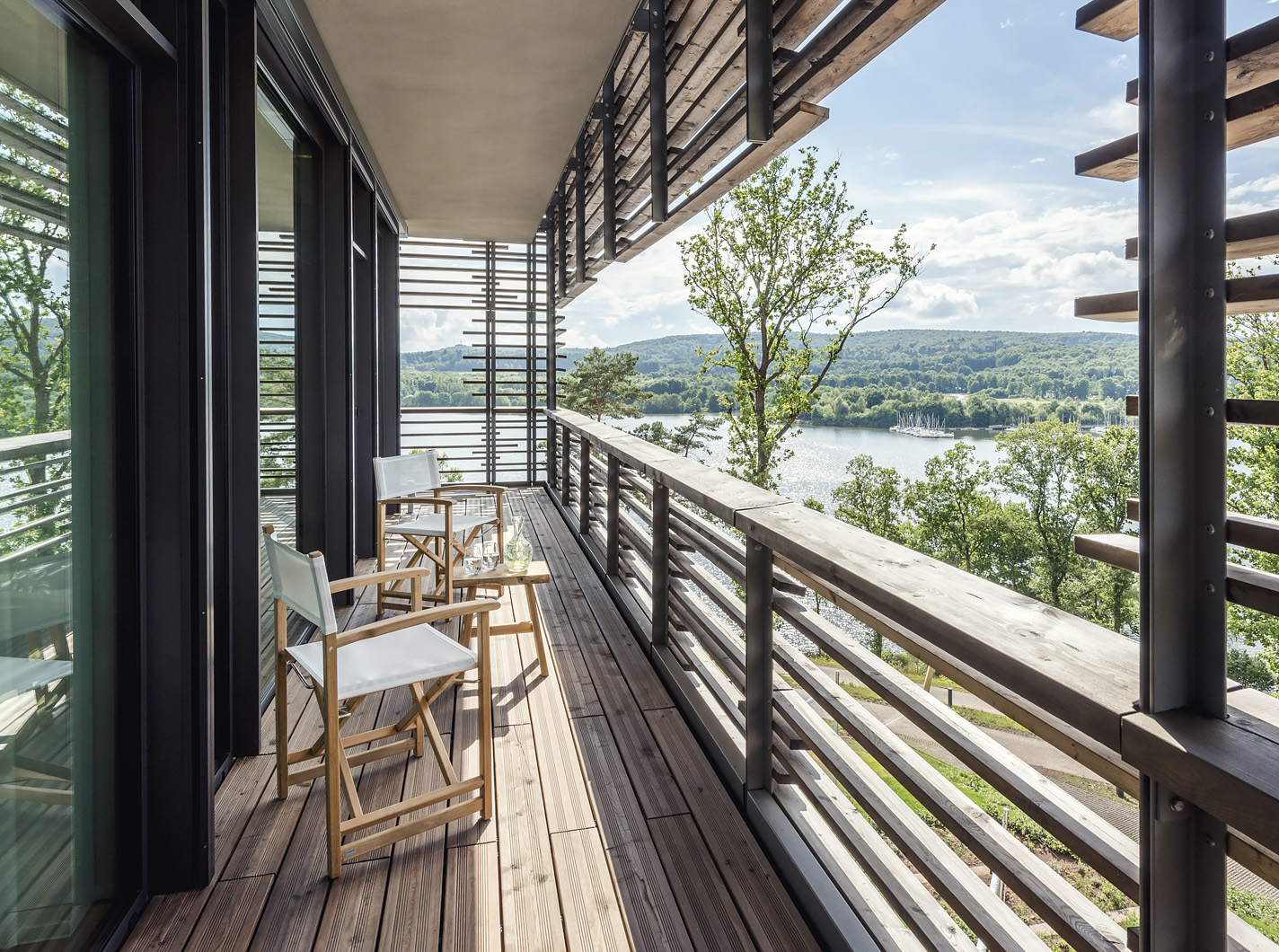 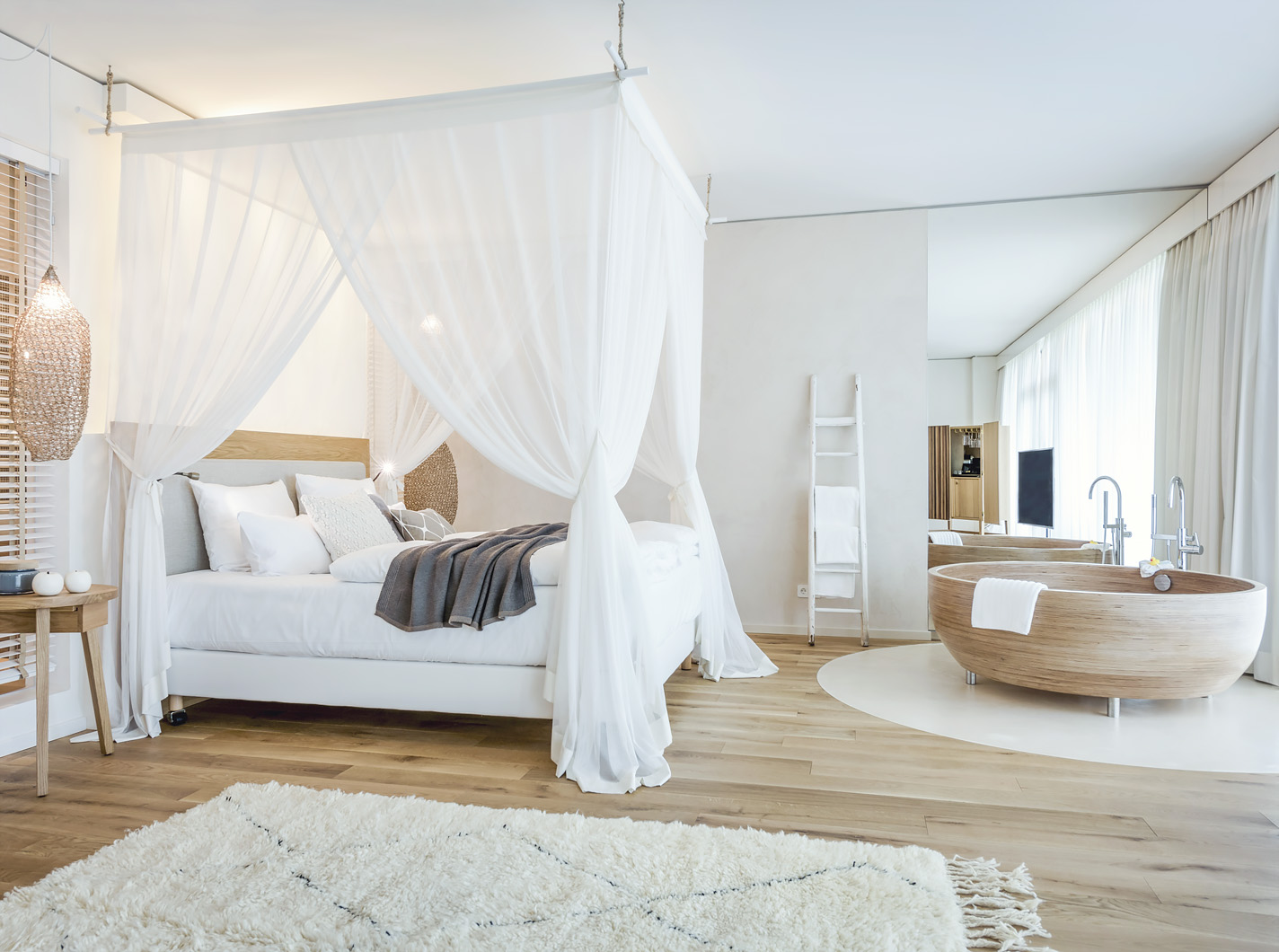 The rooms are really cozy 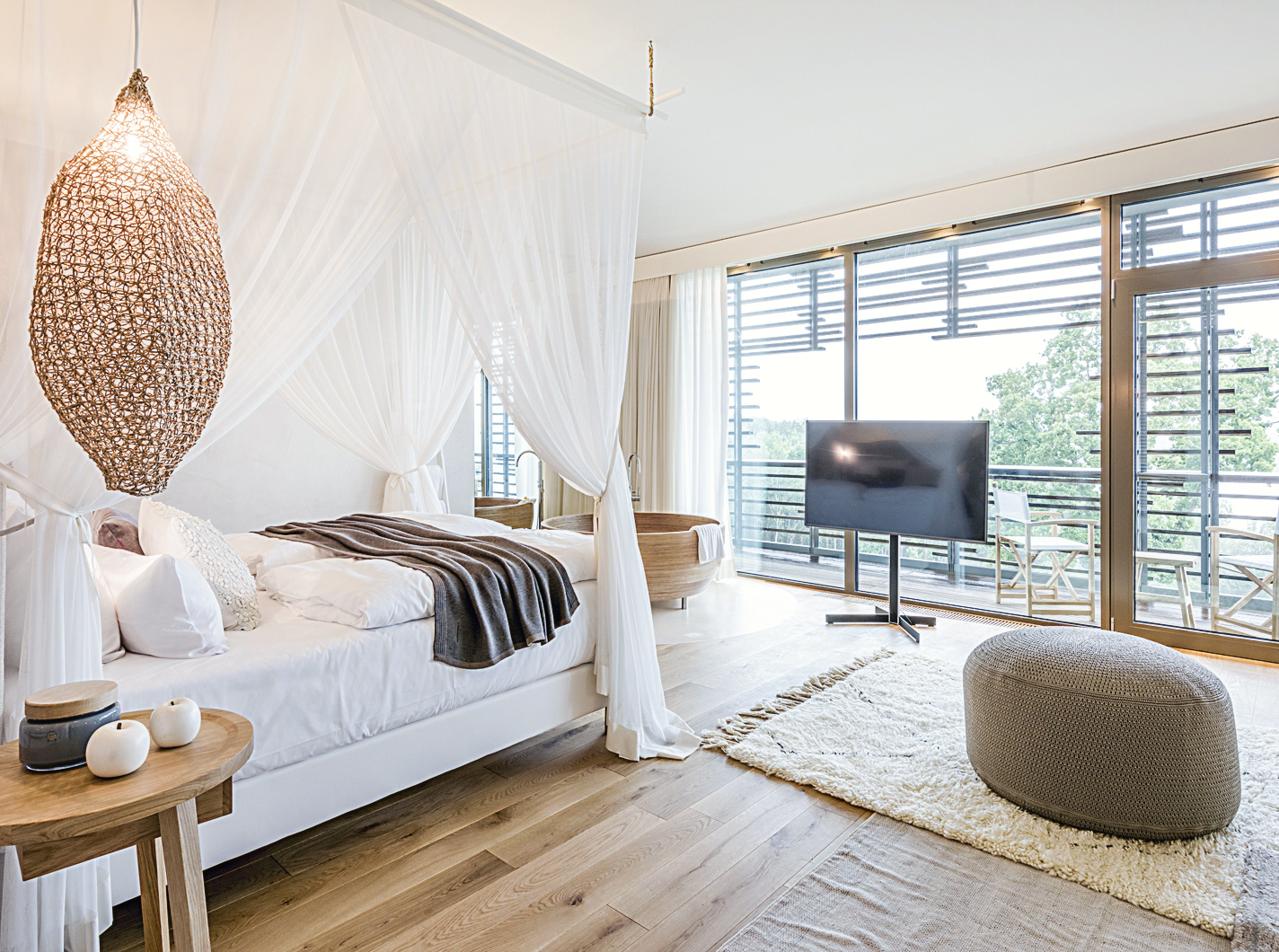 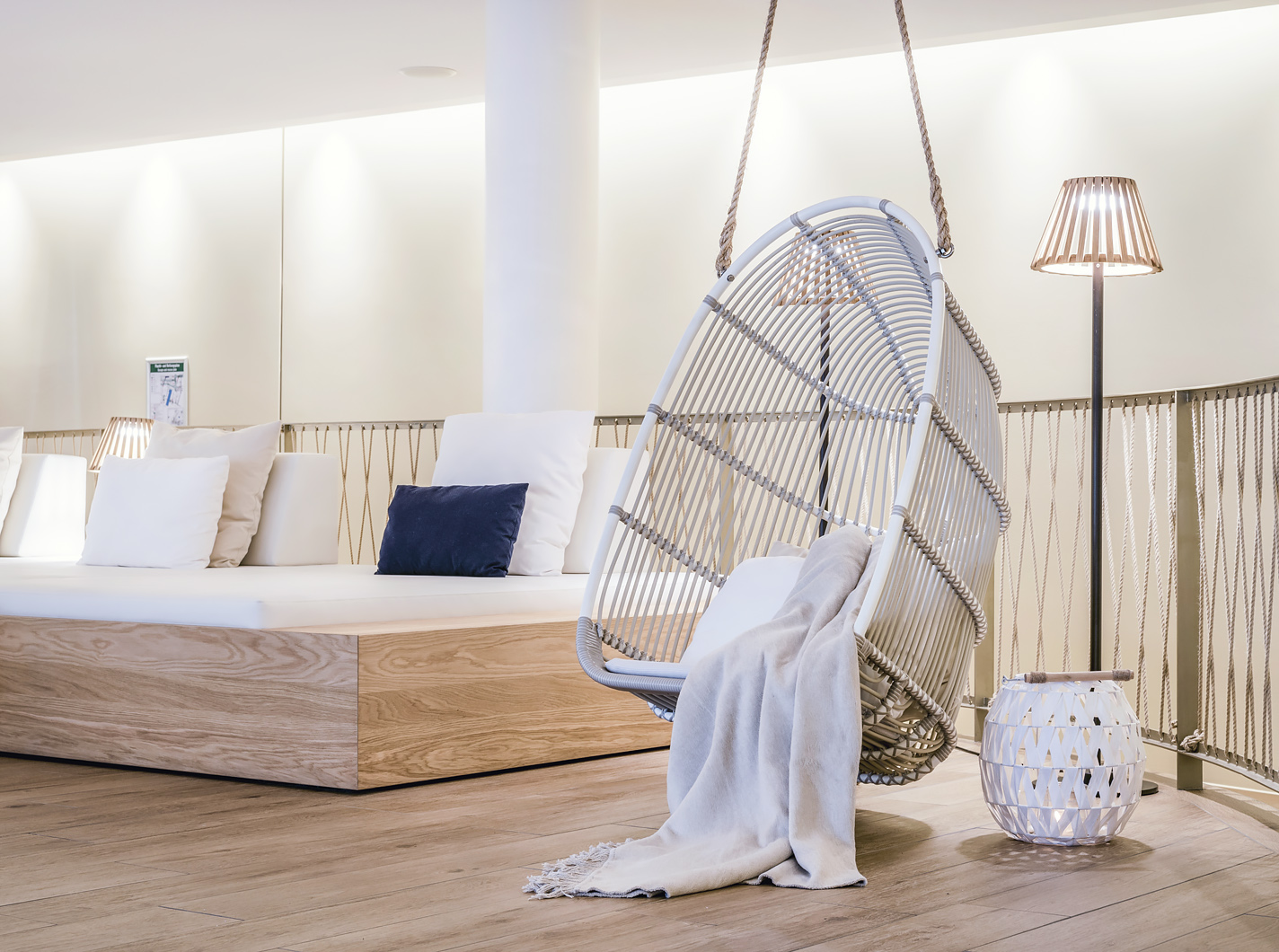 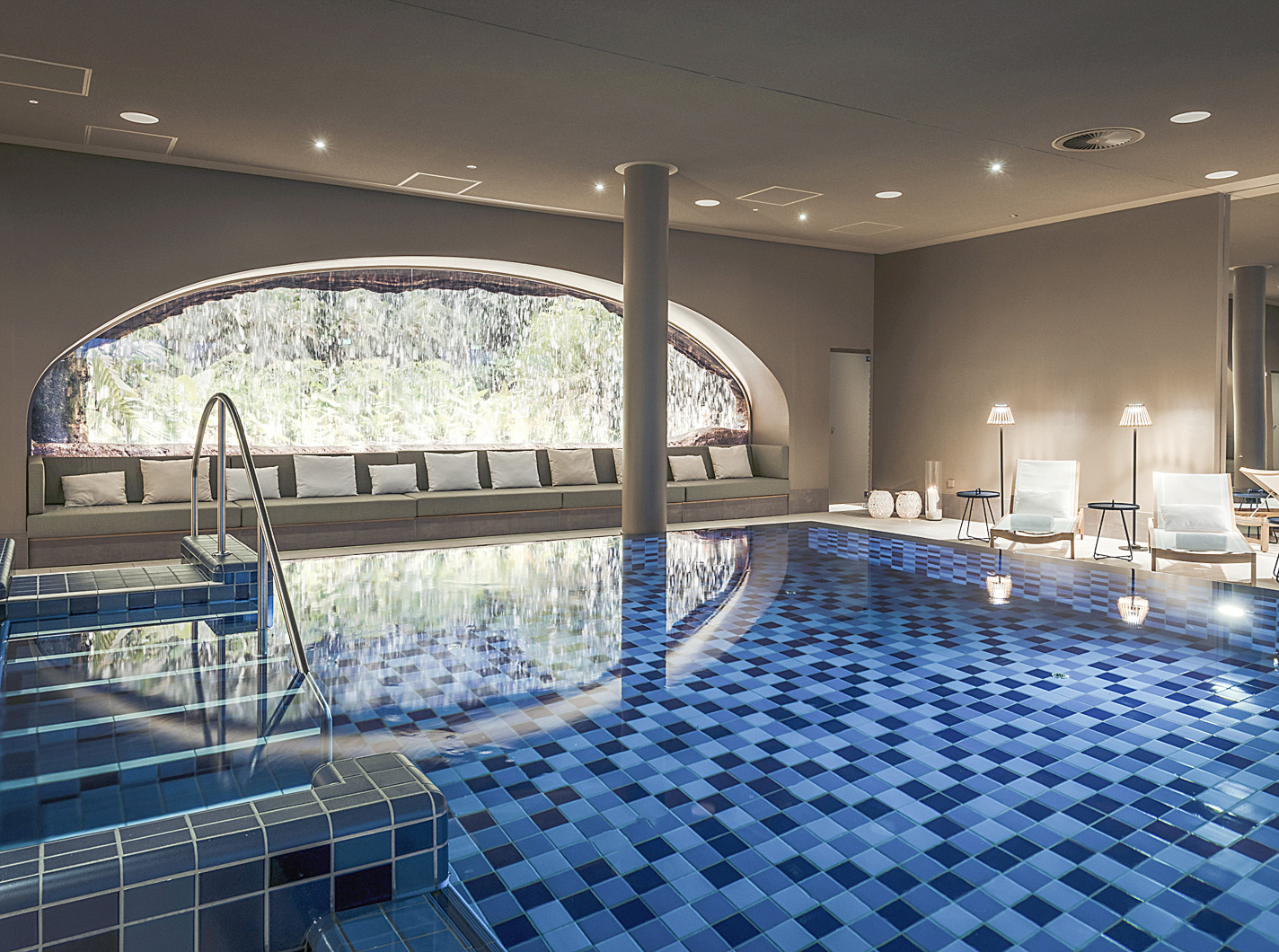 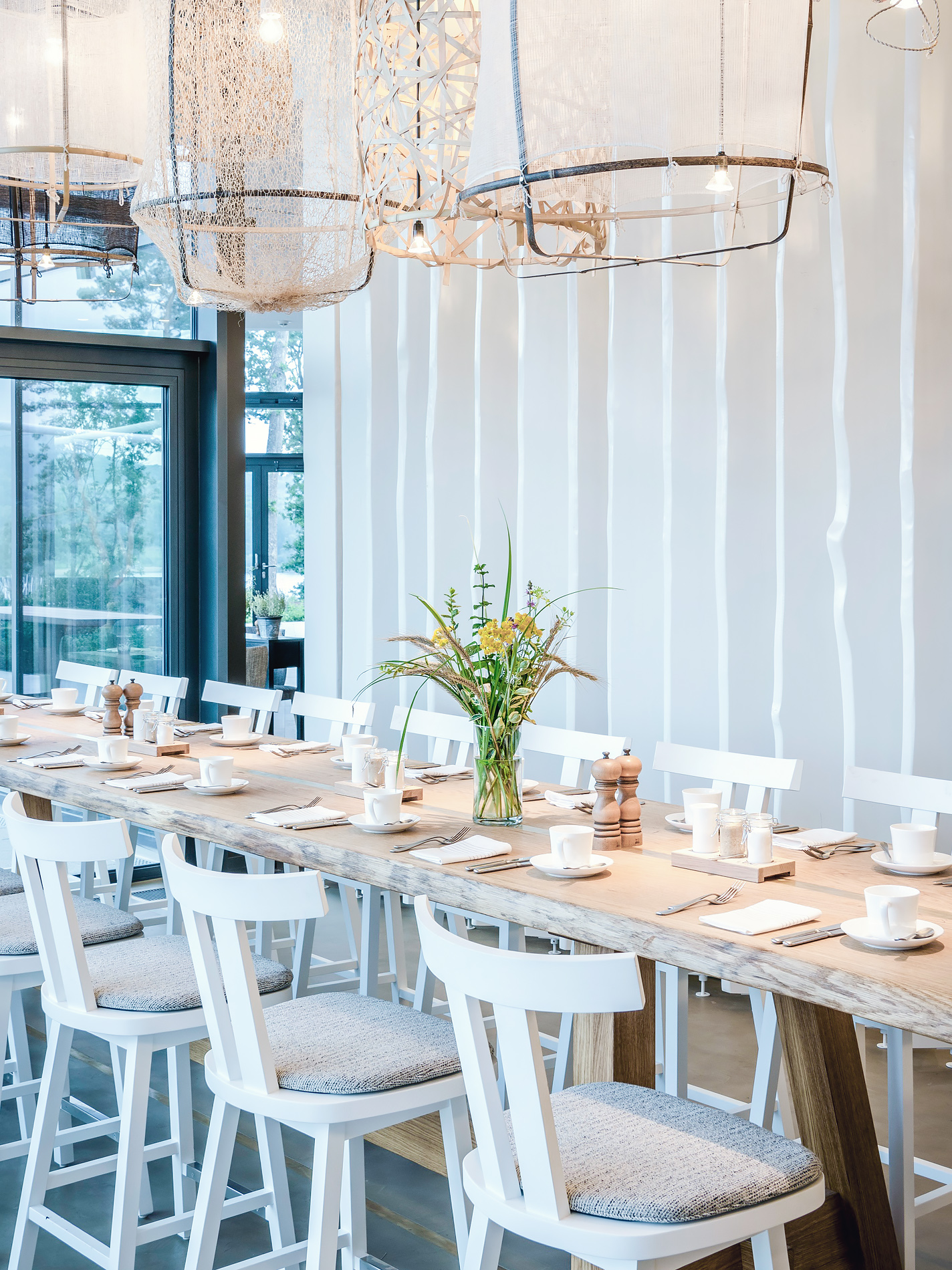 Quite open and cool: the restaurant area

And the outdoor pool

The new “Seezeit Lodge” on lake Bostalsee is an ambitious, but also charming project, in which a successful family find themselves going back to their roots and welcome their guests to a genuine sanctuary.

Let’s start with a bit of geography here too, because the smallest German state should be explained a bit: The idyllic Bostalsee lies in St. Wendeler Land, roughly between the towns of Kaiserslautern, Saarbrücken and Trier, close to the French border. The new place is overlooking the lake and was opened in July 2017, wonderfully embedded in the landscape.

The hosts Kathrin and Christian Sersch grew up in this area and their roots reach back to the time when Kathrin’s grandparents opened a bakery and a restaurant in nearby Braunshausen in 1952. When her grandfather returned from a trip to Italy in 1970, he came up with the idea of producing a pizza that could be kept in the freezer until it was time to eat it. His idea worked pretty well, so the pizzas were sold all over the country and the brand became famous: Wagner Frozen Pizza. As the majority of the company is owned by Nestlé now, the family decided to return to gastronomy. Kathrin’s uncle opened a very lovely hotel in Saarlouis (“La Maison“ – very pretty) and Kathrins family developed the “Seezeit Lodge”, which has now been opened to its guests.

The building is – and we love this fact– not one of those modern and cool wellness bunkers, but rather a very charming house, that despite its 98 rooms still radiates a certain congeniality. This is very much down to the interior designer (originates from Birgit Nicolay, who also designed the interior of “La Maison“) and the generous premises. The rooms are all facing the lake and also have a few quirky details like detached wooden bathtubs, four-poster beds and nice accessories. Complimenting this are natural materials, and modest shades of white, sand and brown. Some of the rooms have forest- or rain showers and hammocks on the balconies. The family-rooms are very suitably furnished for children.

The wellness-area is a so called centrepiece of the new building. The 2.700 square metres are a real statement and the motto is: Be prepared for quite a few treatments here. The spa concept is based on an old Celtic tradition. There are, for example a Celtic outdoor sauna village (we are in the hometown of the Celtics) including a ritual site, smoking- and fire pits as well as a relaxation chalet overlooking the lake. In addition there’s an earth sauna, a bio sauna and a herb sauna and a few experts who will explain the philosophy to you. For those who just want to have an ordinary swim, there is also an indoor pool, and of course an outdoor pool.

The cuisine is very important to the family, considering their roots. A young kitchen chef takes care of all the meals. He works a lot with regional herbs, which he grows himself and turns into wonderful regional specialities. And because we are dealing with a former family of bakers: The bread is all home-made and is baked on the premises – matter of honour.

People, who really need a relaxing weeks holiday, and who don’t go crazy for sunshine and beaches, but would prefer to search for inner peace.

Doubles from 258 Euros for two including breakfast and dinner. Please find the complete price list here.